Amazon backed out of taking a stake in Argo; then it folded 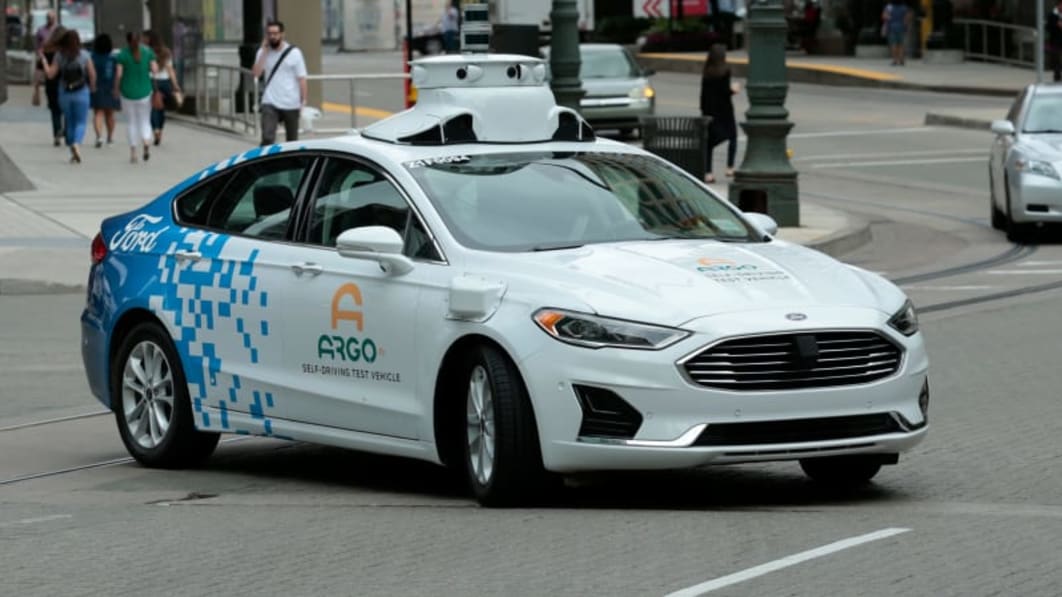 Amazon.com Inc. emerged as a potential savior for Argo AI, the now-defunct startup backed by two of the world’s biggest automakers, before the deal fell apart because of a sputtering economy, concerns about control and flagging faith in fully autonomous driving.

The online retailer was prepared to invest several hundred million dollars into Argo last spring, according to people familiar with the matter who disclosed Amazon’s involvement for the first time. Amazon planned to use Argo’s self-driving technology to automate some of the electric delivery vans it’s buying from Rivian Automotive Inc., setting up a test fleet in multiple US cities.

Argo’s key backers — Ford Motor Co. and Volkswagen AG — were eager to attract a third partner to Argo to help shoulder the high cost of developing self-driving technology, the people said. VW’s then-Chief Executive Officer Herbert Diess even traveled to the US to meet with Amazon co-founder Jeff Bezos earlier this year to discuss the deal.
The budding relationship soured as Ford and VW grew wary that Amazon would divert Argo’s talent and attention, said the people, who asked not to be identified revealing internal deliberations. The companies also struggled to come up a governance structure for how they would share control of Argo. Additionally, the retail giant was turned off by the high cost of Argo’s technology, one of the people said.

Without Amazon on board, Argo was unable to attract other investors and bolster its credibility to eventually go public. Ford and VW last month shut down Argo, which at one time was valued at more than $7 billion.

Amazon’s pullout and Argo’s sudden demise underscores the start-and-stop progress toward cars and trucks that will drive themselves.

Skepticism has been growing about the commercial viability of full self-driving cars at a time when global automakers are investing billions to shift to electric vehicles to meet increasingly stringent regulations to combat climate change. Even so, the investment community was caught off guard when Argo abruptly ran aground.

Ford originally invested $1 billion in Argo in 2017 to get the company off the ground, with VW following with a $2.6 billion investment completed in 2020.

Now Ford, which is spending $50 billion on electric vehicles through 2026, has abandoned plans to pursue full self-driving and instead is focusing on semi-autonomous technology like its Blue Cruise hands-free driving feature. Chief Executive Officer Jim Farley has said Ford will hire hundreds of Argo employees to work on semi-autonomous features.

Ford ultimately concluded that the payoff on the breakthroughs required for robo-taxis and driverless delivery would be more than five years away.
Doug Field, Ford’s chief advanced technology officer, called full-self driving “the hardest technical problem of our time. It’s harder than putting a man on the moon.”

But a year ago, Ford and VW still saw a path forward for Argo if it could attract additional investment. Amazon’s interest sparked hope that Argo had found the third big backer it had long sought.

It also dovetailed with Amazon’s deal with Rivian to buy 100,000 electric delivery vans by the end of the decade. Ford and Amazon had been early investors in Rivian, though Ford has since reduced its stake.

Argo and Amazon first began working together with a pilot project in Miami in 2019. A test fleet of Ford Fusion hybrids outfitted with Argo’s self-driving system ran pre-determined routes from an Amazon warehouse to final destinations — dry runs of so-called last-mile delivery. No packages were actually delivered, but Amazon liked what it saw, the people said.

By early this year, there was so much optimism that Amazon would do a deal with Argo that the self-driving firm staffed up to work on outfitting the Rivian vans with autonomous technology, the people said. Argo hired about 150 people to work on the Amazon business, bringing its global workforce to more than 2,000.

The plan called for Amazon to steadily increase its investment in Argo as the partnership achieved major milestones, the people said.

But by spring, Ford and VW still hadn’t agreed to terms on sharing Argo with Amazon. Ford would eventually acquiesce. VW remained wary that Amazon — with a reputation for dominating partnerships — would draw talent and resources away from the German automaker’s ambitious self-driving strategy, according to the people.

At about that time, Russia’s invasion of Ukraine further destabilized a global economy dealing with supply-chain issues and, in the US, the highest inflation in 40 years. Suddenly, spending billions on a still-unproven technology didn’t look like a such a good bet.

And then key players involved in the deal began departing their companies. At Amazon, the mergers and acquisitions executive championing the deal and working directly with Argo left. Around the same time, Dave Clark, CEO of Amazon’s consumer business, also exited.

Talks lost momentum and then the biggest exit occurred. VW CEO Diess, architect of the automaker’s investment in Argo and a driver of the Amazon deal, was ousted by the board amid concerns about the company’s direction and a debacle with glitchy software in its cars. Only three months earlier he had tweeted an image from happier times, when he was discussing VW’s own electric cars with Bezos.

The lightheartedness and curiosity towards innovation in the US is what amazes me every time! Last week I attended #MARS2022 hosted by @JeffBezos & @ajassy from @amazon. I brought our #VWIDBUZZ to the show. pic.twitter.com/8TthXFbke3

With the Amazon deal dead, Argo had to lay off the 150 employees it hired to work on the new business. The shifting economy has taken a toll as well on Amazon, which is planning some 10,000 layoffs of its own.

There was one glimmer of hope. VW considered an 11th-hour bailout of Argo this fall when Ford determined it would no longer fund the self-driving firm, the people said. VW looked at covering Ford’s investment in Argo and taking it over completely. Instead, VW invested $2.3 billion to set up an autonomous driving joint venture with China’s Horizon Robotics Inc.

With self-driving sentiment in retreat and investors closing their wallets, Argo ultimately had nowhere left to turn.

How to Fix Bluetooth Audio Delay in Windows