Elon Musk offered to buy Twitter again for $44 million. Here's how the site may change after he's in charge, including 'authenticating all humans.' 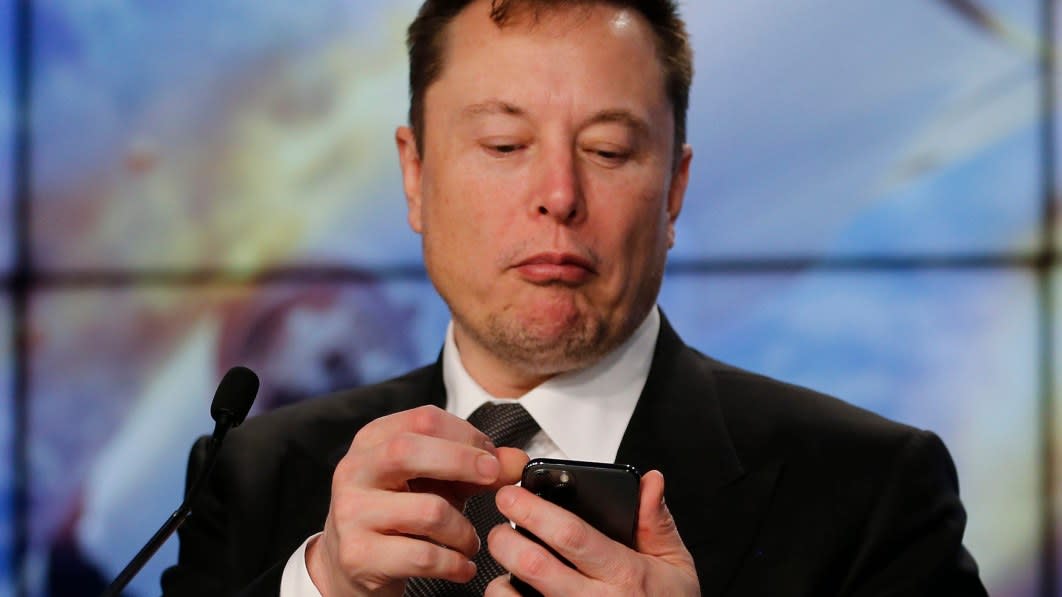 The world’s richest man has offered to buy Twitter — again.

On Monday night, after a months-long legal battle, Musk reversed course and sent Twitter a letter saying he would buy the social-media company for his original offer of $44 billion. If the deal closes, Twitter will become a privately held company once again.

So, what exactly does Musk intend to do at Twitter?

We have a pretty good idea of his top priorities based on his initial statement announcing the acquisition earlier this year:

“Free speech is the bedrock of a functioning democracy, and Twitter is the digital town square where matters vital to the future of humanity are debated,” he said. “I also want to make Twitter better than ever by enhancing the product with new features, making the algorithms open source to increase trust, defeating the spam bots, and authenticating all humans.”

Musk, a longtime Twitter user with nearly 108 million followers, has been detailing his feelings about the service for years now. Here’s what we expect to see in changes at Twitter should the deal be approved by regulators, based on his past tweets and comments.

Musk has repeatedly referred to Twitter as “the de factor public town square” of the modern era — the digital equivalent of a public forum.

To that end, he’s been critical of Twitter’s decision to permanently ban former President Donald Trump from the site, following the insurrection at the US Capitol building on January 6, 2021.

“A lot of people are going to be super unhappy with West Coast high tech as the de facto arbiter of free speech,” Musk tweeted in response to the Christian conservative satire publication The Babylon Bee, after it shared a satirical news article on January 11, 2021 titled, “Evil Fascist Dictator Censored and Voted Out of Office.”

Based on Musk’s tweets, it sounds like he’ll push for looser moderation on Twitter at the very least.

He demonstrated the sentiment when his satellite internet startup, Starlink, refused requests “by some governments (not Ukraine)” to block news broadcasts from Russia.

“We will not do so unless at gunpoint,” he said. “Sorry to be a free speech absolutist.”

Another point Musk has raised in the past involves Twitter’s role in shaping society.

He polled his followers earlier this year on whether they think Twitter’s algorithm should be “open source” — a term for software that’s distributed freely and able to be manipulated openly by many different contributors.

It may sound technical, but the idea is tied to his feelings on free speech.

“I’m worried about de facto bias in ‘the Twitter algorithm’ having a major effect on public discourse,” Musk said to one follower. “How do we know what’s really happening?” 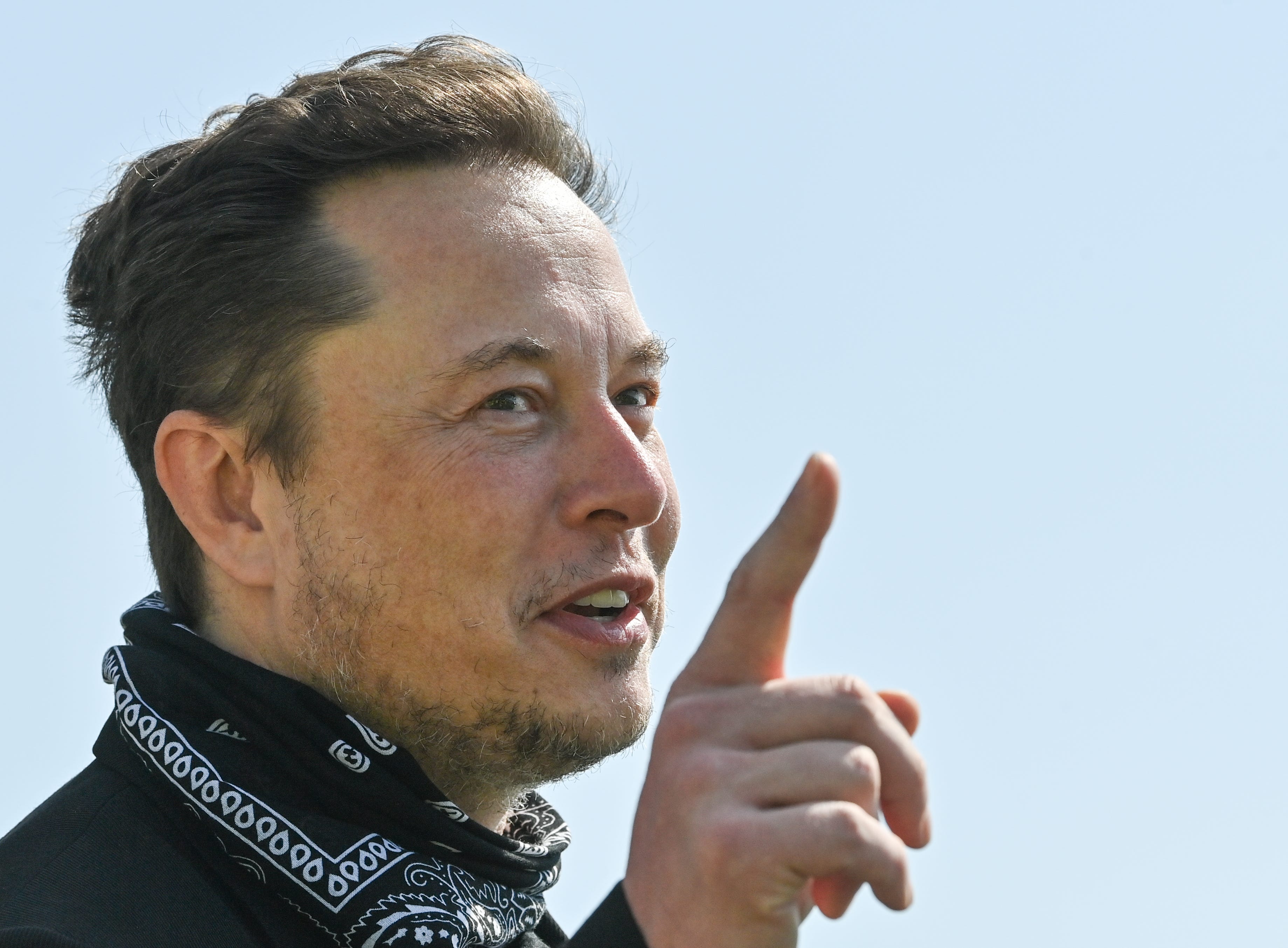 Some of Musk’s anticipated proposals speak more to his personal use of Twitter than anything else. For example, he’s previously stated he wants to get rid of “crypto spam bots” — spam accounts promoting what appear to be crypto-based scams, which often use Musk’s Twitter likeness.

Musk has called the spam problem on Twitter the “single most annoying problem” with using the service. He’s even publicly pleaded with Twitter to do something about the issue. “How long must this go on?” he asked in February.

In an April 14 interview at TED 2022, Musk cited this issue as the first thing he would change as Twitter’s new owner. “A top priority I would have is eliminating the spam and scam bots, and the bot armies that are on Twitter,” he said. “They make the product much worse.”

Musk is in favor of the edit button that Twitter users had been requesting for years.

Musk has long supported the ability to edit tweets. Earlier this month, Twitter actually started testing the feature after years of pushing back on the notion.

This week, it rolled out the edit button to Twitter Blue members, who subscribe to its subscription model, in Canada, Australia, and New Zealand. Twitter said that the feature would be coming to Blue subscribers in the US “soon.”

But Musk would likely be far quicker to implement an edit button. His followers overwhelmingly supported adding the function in a poll he ran in March.

Musk tweeted in April about changes he would make to Twitter Blue, the company’s monthly subscription that gives members access to exclusive features for $5 per month (in the US).

Musk said that all Blue members “should get an authentication checkmark,” similar but different to the blue checkmark that “verified” public figures receive.

He also said the price should be lowered to $2 per month, but “paid 12 months up front & account doesn’t get checkmark for 60 days (watch for CC chargebacks) & suspended with no refund if used for scam/spam.”

Musk tweeted this week that buying Twitter will accelerate the development of X, his apparent “everything app.”

“Twitter probably accelerates X by 3 to 5 years, but I could be wrong,” Musk said, in response to another Twitter user.

He had made the same comment in August at a Tesla shareholder meeting, saying: “It’s a pretty grand vision and of course that could be started from scratch but I think Twitter would accelerate that by three to five years.”

Musk bought the domain name “X.com” in 2017 from PayPal and has been teasing it since. In recent months, as he was battling Twitter in an attempt to get out of his acquisition of the company, Musk has hinted at X being a direct competitor to Twitter.

In its lawsuit against Musk for trying to back away from his offer, Twitter said it had “very real concerns” that Musk was trying to collect internal data in order to build a competitor.

Ben Gilbert contributed to an earlier version of this post.

Tesla Semi wows the crowd at the Modesto Christmas parade

AA DRIVEN COTY 2022: BMW iX is the best Luxury car of the year

3 Pickup Trucks to Tow Your Way Through 2023 With Ease

Chris Birch Shows You How To Explore Idaho

Which Electric Truck Would You Buy? It Depends on How Old You Are.

Why Power’s IndyCar crew was so desperate for another title

Luxury cars should be state-of-the-art, lavishly equipped, spacious and comfortable. The BMW iX, the first of a new generation of battery electric vehicles (BEVs) from the German maker, is all of that. But it’s also our top Luxury car because it does something else top-level models should do: break new ...

Passenger is a COTY category that’s very much a sign of the times. Basically, it’s anything that’s not an SUV or ute – the two segments that absolutely dominate the New Zealand new-vehicle market. Sedans, hatchbacks, station wagons, people movers… vehicle types that were once traditional but are now considered ...

Who doesn’t love a mid-engined V8 sports car with supercar style? It’s easy to be wowed by the Chevrolet Corvette C8 and quite right too: it looks incredible and goes fast. It’s a real poster car. But it’s also a worthy and significant winner for a whole bunch of reasons. ...

6 Reasons the 2023 Honda CR-V Is a Good SUV to Buy According to Cars.com

SUVs are all the rage these days. And for good reason—they offer the perfect blend of style, comfort, and utility. If you’re in the market for a new SUV, you’ll want to check out the 2023 Honda CR-V. For starters, the CR-V is known for its reliability. This is a ...


View more: 6 Reasons the 2023 Honda CR-V Is a Good SUV to Buy According to Cars.com

Toyota’s new 2023 Sequoia Hybrid is gaining fans for its comfort, off-road prowess, and its good looks. But it’s also making its mark with great mpg compared to the 2022 version. The new 2023 Sequoia ditches its V8 and instead gets a new hybridized V6 that shows the power of ...

US: Kia EV6 Sales Dropped To New Low In November

Are sales going to rebound?

Tesla CEO Elon Musk recently responded to a post from US President Joe Biden, which referenced the electrification of the “Great American Road Trip.” According to Musk, there’s already a pretty good way to accomplish long road trips in the United States — at least if one uses a ...

Ford is one of the most popular and well-known automakers in the world, but Ford isn’t well-known for being reliable. But while there have been a lot of unreliable Ford models, the American automaker has also made some cars that were more reliable than the rest. Here’s a look at ...


View more: The 3 Most Reliable Ford Models According to Consumer Reports Owner Surveys

Why Ferrari’s ‘SUV’ is really a sports car

Roar Before The Rolex 24 Schedule To Feature Traditional Format

The IMF Now Has A Championship Dedicated For Female Riders

Buy a McLaren M8, Live Out Your Can-Am Dreams

2022 Hyundai Ioniq 5 Review: This is the Electric SUV to Beat

Alex Albon is Where He Belongs

Avon Tires To Close Its Last UK Factory in Melksham

Elana Scherr: Give the Hot-Rodders a Place to Play

Which Non-Hybrid 2023 Toyota SUV Gets the Best Gas Mileage?

Tesla Launches 1,000-Volt Powertrain: Semi Is First But Not The Last

These cities tweet about road rage more than anywhere else

This Fiat 500 opened wide for a Hayabusa engine transplant

Feeney cool despite pressure from Mostert in Adelaide

Forget the Tesla Cybertruck, Bring Back the Cadillac Escalade EXT

What Is a Multi-Point Car Inspection, and Why Is It Important?

Roderick On Top In Snowflake 100

Hill on Schumacher’s F1 exit: ‘Pressure got to him in the end’

Engine decarbonization during regular service of my bike: Scam?

Ford Super Duty Raptor Isn't Ruled Out, But Only If Customers Want One

Nissan is working on an electrified GT-R successor