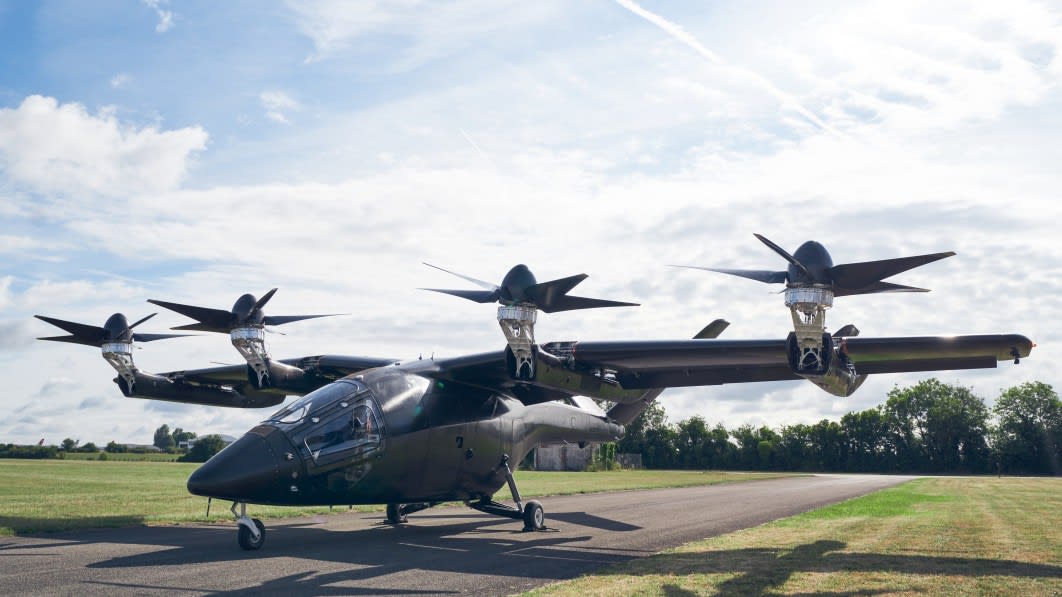 The piloted test flight was the first time that the VX4 had flown. Vertical Aerospace

A British startup has successfully completed the first piloted test flight of its VX4 flying taxi.

The company, Vertical Aerospace, announced the news on Monday. It marks a significant step in the development of electric vertical take-off and landing (eVTOL) aircraft technology.

Vertical Aerospace has designed the VX4, which has been ordered by American Airlines and Virgin Airlines, to carry four passengers on 30-minute flights between airports and across cities.

The test flight, which occurred inside an aircraft hanger, aimed to determine whether the vehicle could lift itself under its own weight, a spokesperson for Vertical Aerospace told Insider.

During the 10-minute test, the craft, which was tethered to the ground, hovered at a height of around 3 feet, the spokesperson said.

“This test represented the culmination of many months of preparation by a huge team,” said Justin Paines, the company’s chief test pilot, who also flew the aircraft. 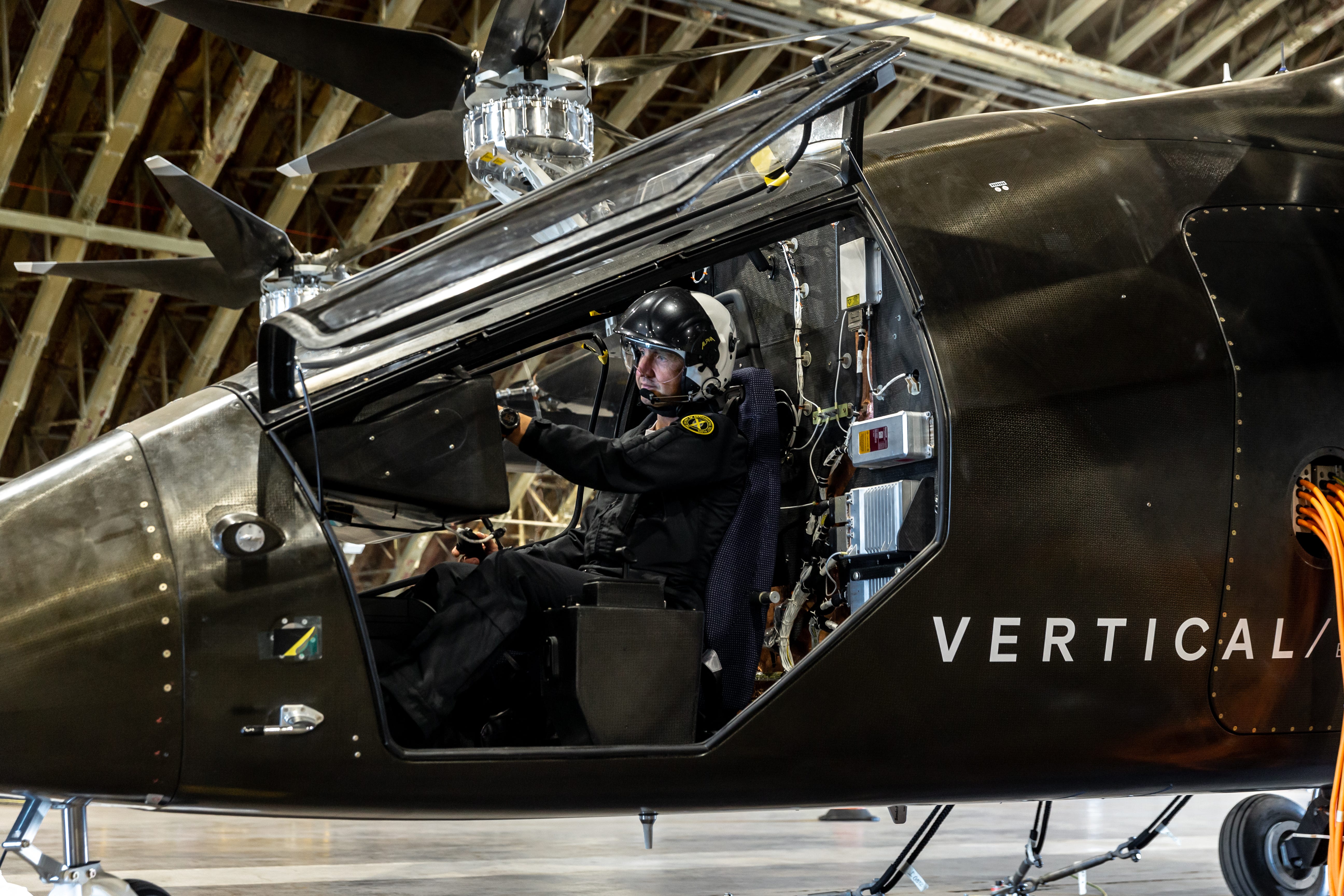 Vertical Aerospace, which is listed on the New York stock exchange, is one of several startups rushing to develop eVTOLs.

No model has been certified by flight regulators, although Vertical Aerospace hopes to have the VX4 certified by 2025.

In July, American Airlines announced it had paid for the pre-delivery of 50 VX4 craft and has a further 200 on order, with an option for 100 more.

The test flight announced on Monday was the first time the VX4 had flown, although Vertical Aerospace previously carried out tests flights on prototype craft.

Because the test flight was piloted, Vertical Aerospace had to apply for a permit from the UK’s aviation regulator, the Civil Aviation Authority (CAA). The spokesperson said that members of the CAA were present during the first test flight.

Vertical Aerospace plans to continue testing the VX4 for several months and increase the altitude and speed with each new test flight.

Ford may extend its lead in commercial EV sales

3 Fuel-Efficient Pickup Trucks That Can Tow 9,000 Pounds or More

Shopping around can save you money on Massachusetts auto insurance. Whether you’re driving into town to see the Boston Red Sox play or you’re heading off to work, you want to have the best car insurance in Massachusetts. So, which is the best provider? We’ve reviewed over two dozen ...

This C7 Corvette Ejected Its Whole Engine in a Highway Crash

Witnesses say the Corvette was possibly racing on the freeway when the crash occurred.


View more: This C7 Corvette Ejected Its Whole Engine in a Highway Crash

Unexpected engine shutoffs sit at the heart of the voluntary recall.

Before the exhaust was taken off, the Z06 was able to lay down 640 hp to the wheels on a dyno.


View more: Listen to the Incredible Sound of a Straight-Piped C8 Corvette Z06

Adventure traveler Runa sure lives up to the Off She Goes channel name.

The Most Underrated U.S. Cities to Visit in Every State


View more: The Most Underrated U.S. Cities to Visit in Every State

This brand-new EV-only SUV from the U.K. startup Munro combines mechanical four-wheel drive with electric power. It’s being offered with a choice of 295-hp and 375-hp motors and 61.0-kWh and 81.0-kWh battery packs. The new SUV, just called the “Mk1,” will be coming to the U.S. in a limited ...

Introduction This was a given. Redesigned for the 2022 model year and already carrying around a 10Best trophy, the new Subaru BRZ was a shoo-in for a long-term visit, especially now that it’s imbued with more power and refinement than the 2013 BRZ we last subjected to a 40,000-mile test. ...

That Hertz: Nissan LEAFs bricked after plugging into charging station

How Do Carvana Vending Machines Work? We Found Out

How racing is shaping Jaguar’s future

The Electric Canoo LTV Tries Out for the US Army

Made in America | These cars top the most-American list

1 Volvo SUV Is No Longer Recommended By Consumer Reports

Toyota Motor Europe on track to achieve carbon neutrality by 2040

Bentley teams up with shoe designer for one-off Flying Spur

Canoo delivers LTV to US Army

Stellantis tells US dealers to get ready to sell EVs

CR-V Hybrid Is Missing a Feature, and That’s Good for 2023 CR-V Hybrid MPG

Poker face! Kia Australia close to making history, but 'not worried' about 2022 outcome