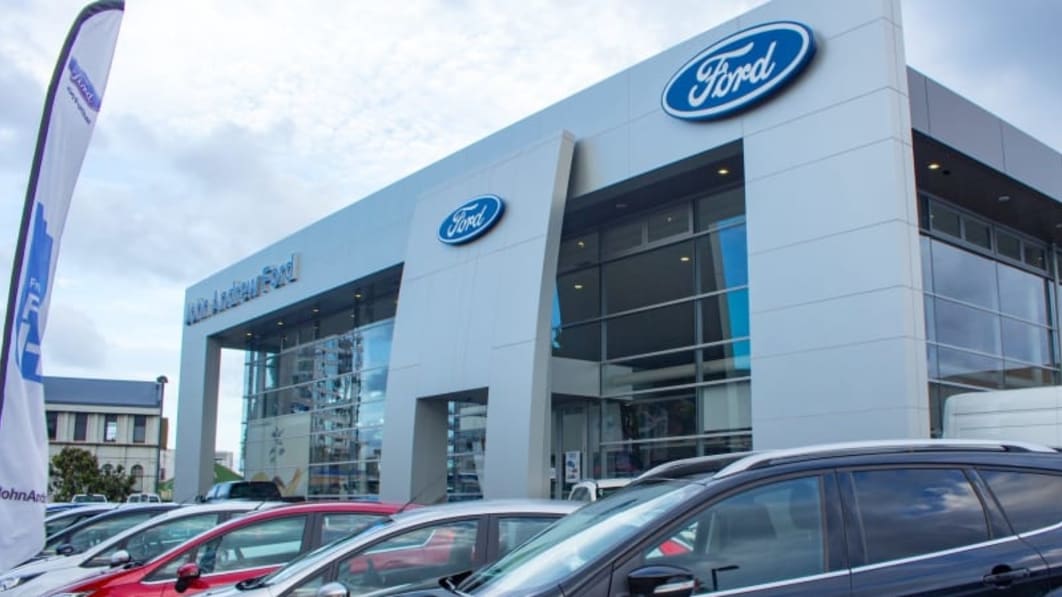 Buying an electric Ford could soon mirror experiences at upstart EV-makers like Tesla and Rivian.

Nearly two-thirds of Ford’s 3,000 U.S. dealerships have agreed to new no-haggle EV sales standards, CEO Jim Farley said Monday at a conference in Detroit, signaling a next-step for Ford as it aims to become the U.S. No. 1 seller of EVs.

Since launching the Mustang Mach-E and F-150 Lightning electric vehicles, Ford under Farley has accelerated its push toward an all-electric future. The move to change the dealership experience is just the latest in a series of strategic changes for the company this year, including a reorganization of the company’s powertrain divisions.

Ford has said it believes the EV sales program does not violate any franchise laws, and Farley said Monday the company is trying to include its dealers in its EV future, unlike startup rivals like Tesla, Rivian, and Lucid.

“We’re betting on the franchise system,” Farley said. “We want to work with our dealers, but there are certain things our customers want that are non-negotiable.”

To meet some of those “non-negotiable” customer needs – like no-haggle pricing – Ford told dealers earlier this year to invest in a new EV sales structure or be left behind. Following an announcement in September, dealers had until October 31 to decide if they would invest up to $1.2 million and adhere to new sales standards for electric cars.

These sales standards include no-haggle pricing and more factory orders for lower-priced EVs, while the investments go toward EV charging stations and other infrastructure upgrades. Dealers had until October 31 to either join the program, or forego EV sales at their stores.

There are two tiers to the EV sales program: Certified Elite and Certified. In the elite track, dealers are required to invest up to $1.2 million in facility upgrades and training for staff. On the certified track, the investment requirement is lower – $500,000 – but caps allotted EV sales at the dealership to 25 per year.

Of the 1,920 dealers who have signed on, a majority have chosen the Certified Elite track, Farley said.

Farley wants Ford to compete directly with Tesla, and has pointed to Tesla’s direct sales model as a guidepost for squeezing more profit out of each vehicle. Meanwhile, startups using the direct sales model have some obstacles to overcome as they navigate state franchise laws and find ways to get vehicles into customers’ driveways.