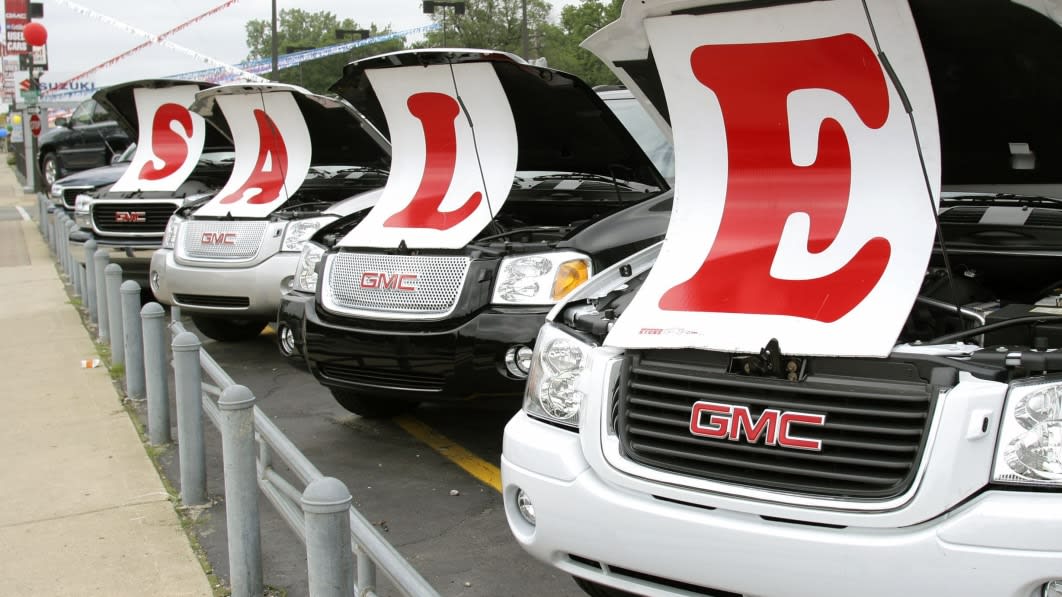 Over the past few years, record used-car prices have become emblematic of the sky-high inflation across the U.S. While this is finally changing, many car buyers may be forced to continue waiting on the sidelines.

Per Cox Automotive’s Manheim Used Vehicle Value Index, which tracks the wholesale prices of used vehicles sold at its U.S. auctions, used car prices are at their lowest level since August of 2021, with its index falling nearly 16% since peaking in January.

“New inventory is finally starting to build, and that’s producing momentum in new retail sales, but that momentum appears to be at the expense of used retail,” Cox chief economist Jonathan Smoke said Tuesday.

As semiconductor shortages disrupted the production of new vehicles over the last few years, demand for used cars surged, causing prices to skyrocket. But new vehicle inventory is finally increasing, taking some pressure off the used car market. At the same time supply is improving, demand has fallen. Even as prices have begun to decline, deteriorating finances — largely due to inflation — have continued to deter some from the market. It’s among the reasons the used car retailer Carvana is on the verge of bankruptcy despite experiencing soaring sales earlier in the pandemic.

Together, these dynamics have provided used car buyers some long-awaited price relief.

But it’s not all good news.

As the Federal Reserve has raised interest rates in an effort to cool inflation, interest rates on car loans have risen in tandem. In October, the average annual percentage (APR) rate on used car loans rose to 9.6%, the highest level in over a decade. Used car buyers are taking out larger loans than ever as well, another factor contributing to ballooning interest payments.

So while higher interest rates have contributed to the falling demand — and prices — of used vehicles — they could be keeping them out of reach for those reliant on significant car loans to make their purchases. Per Experian, for instance, the average monthly used car payment — which accounts for both principal and interest — rose from $472 to $525 in July through September, compared to the same time last year.

“New vehicle inventory might finally be improving, but the automotive industry is still on a long road to recovery because rising interest rates are creating a major barrier to entry for car shoppers,” Jessica Caldwell, executive director of insights at Edmunds, previously told Insider in an email.

For those less reliant on financing for their car purchases, however, this could be their best chance to buy an affordable car in over a year.

While the new car market is expected to cool off as well, used car prices continue to be where the best bargain is. Per Cox, the estimated typical monthly car payment for new vehicle purchases rose to a record-high $748 per month in October, driven by elevated prices and interest rates.

As Cox’s Smoke said in an October note, “New cars may finally become more available just when most Americans can no longer afford them.”