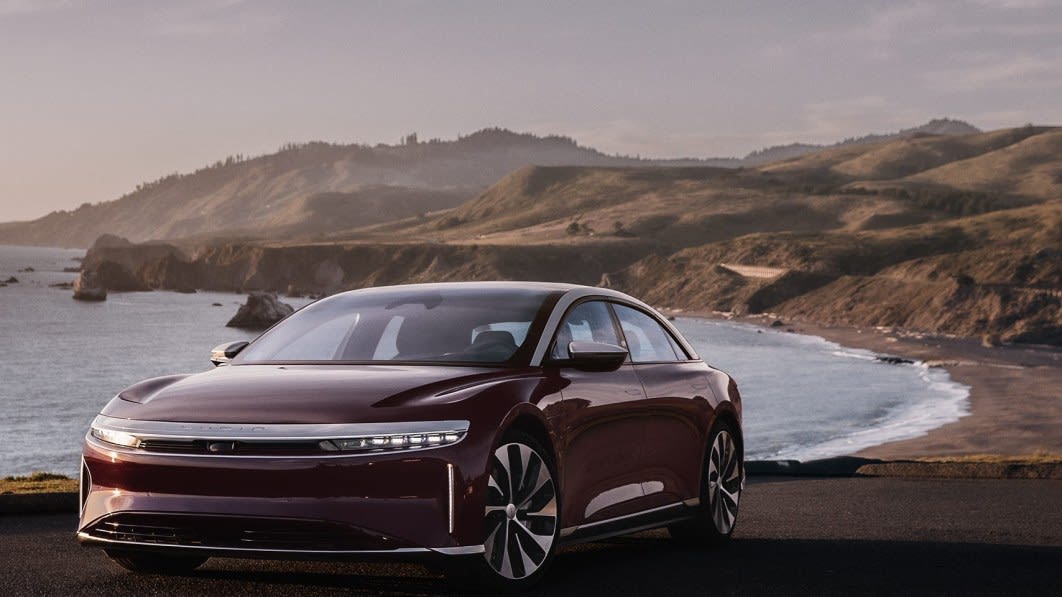 Lucid Motors is upping pressure on its retail workers as it races to sell more luxury electric vehicles by the end of the year. Lucid

As it races to sell more luxury electric vehicles by the end of the year, Lucid Motors is upping pressure on its retail workers and introducing a new protocol to slow customer order cancellations, according to two internal emails viewed by Insider.

The memos, sent over the past two months, come amid the young automaker’s rush to ramp deliveries before December 31, as delivered vehicles this year have lagged behind production. Lucid produced a total of 3,687 vehicles in the first three quarters of this year, short of the pace it needs to hit its target for the year, of between 6,000 and 7,000 vehicles.

Meanwhile, Lucid saw reservations for its cars drop from 37,000 in Q2 to 34,000 in Q3. In a third-quarter earnings call, CFO Sherry House attributed the drop to a mix of deliveries made and customer cancellations.

“Every cancellation is a failure,” read an email sent to Lucid retail employees. The email laid out an elaborate process for “saving” those failures. As a Lucid employee explained to Insider:

When a customer asks to cancel their order, the request is assigned to a Lucid “case owner,” who must call the customer within 24 hours to “attempt to save” the order. If they don’t reach the customer, they must try calling again three more times on consecutive days.

Then, the case is passed up to a manager, to review “logged activities,” call the customer within 24 hours, and then try calling again five more times, on consecutive days, if they don’t make contact.

After that, the case goes to a regional manager, who must try calling the customer within 24 hours, then try calling again three more times on consecutive days. At that point, they can cancel the reservation.

That means that anyone who decides they no longer want a Lucid vehicle — and doesn’t pick up their phone — could be called every day for two weeks, by a procession of Lucid employees, before their request is confirmed.

“At least in retail, I think they’re definitely starting to put the hammer down and it’s this unhealthy pressure from the top,” said one current Lucid employee, who requested anonymity as they are not authorized to speak publicly about the company. “I think the level of desperation and the tone of that email, combined with that cancellation protocol — it doesn’t spell high-end and luxury.”

A Lucid spokesperson did not comment to Insider before publication.

Also as part of its sales blitz, the EV startup introduced vacation “blackout” periods around the end-of-year holidays for certain employees — including November 24 through November 27, and December 17 through December 31 — during which they may be required to work holidays and will not be eligible to take vacation time, according to a second email viewed by Insider that was sent to employees in late-October.

Lucid said in this memo that this alternate holiday calendar would apply to its field sales, service, and delivery departments, along with headquarters sales and delivery, among others. Lucid just launched an employee purchase program, and an existing inventory site, both of which are limited to purchasing the Air Grand Touring, Lucid’s third variant of its flagship Air sedan.

Some Lucid reservation holders were also recently contacted by the company to reinstate their Grand Touring order at the original legacy price of $139,000, according to a customer email shared with Insider. Barron’s was first to report on that email. The Grand Touring price was increased in June to $154,000.

Are you a current or former Lucid employee? Do you own a Lucid vehicle or hold a Lucid order reservation? Do you have a news tip or opinion you’d like to share? Contact this reporter from a non-work device and account at astjohn@insider.com or on Signal at 313-570-6709.