Tesla delivered 343,000 vehicles in the third quarter of 2022 — setting a new record but still falling short of estimates due to logistical challenges 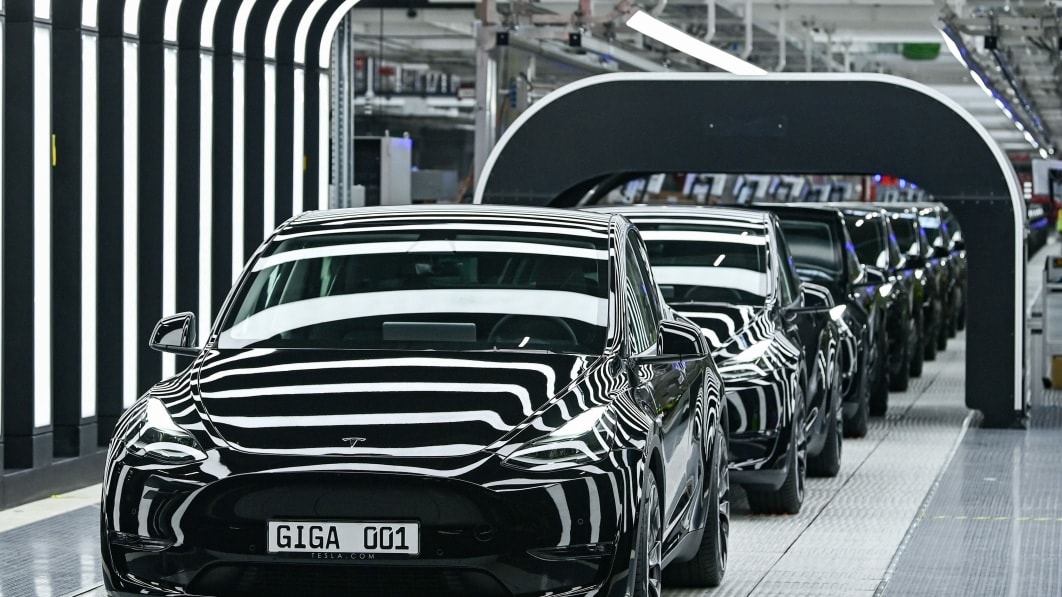 Tesla’s latest delivery numbers are in, and they’re a mixed bag.

The company produced 365,923 vehicles and delivered 343,830 in the third quarter of this year, it announced Sunday.

The company cited logistical challenges as a reason for the discrepancy, noting there was an increase in cars in transit at the end of the quarter that will be delivered after arriving at their destination.

“Historically, our delivery volumes have skewed towards the end of each quarter due to regional batch building of cars,” Tesla said in a press release. “As our production volumes continue to grow, it is becoming increasingly challenging to secure vehicle transportation capacity and at a reasonable cost during these peak logistics weeks.”

In the past two quarters, Tesla cited supply chain issues made worse by Russia’s invasion of Ukraine, as well as a shutdown of its Shanghai factory amid a surge in COVID-19 cases in the city, as factors hampering production and delivery.

Tesla will post its financial results for Q3 on October 19.

Tesla shorts get their revenge, make billions in profits on stock fall

Which BAIC has the best fuel consumption?

FIA Says F1 Racing Was Better This Season, But 'Cost Cap Will Take Years to Sink In'

Freeman To Battle for WoO Late Models Rookie of the Year

CONCORD, N.C. — After a learning curve with the DIRTcar Summer Nationals, Payton Freeman is taking a step forward in 2023.  The Commerce, Ga. driver will join the World of Outlaws CASE Construction Equipment Late Model Series next season with one goal — winning rookie of the year honors. ...


View more: Freeman To Battle for WoO Late Models Rookie of the Year

F1 adrenaline will be impossible to replace – Vettel

Sebastian Vettel says that the adrenaline he felt behind the wheel of a Formula 1 car will be impossible to replicate going forward. Vettel announced earlier this year that he would retire from the sport at the conclusion of the 2022 campaign. The four-time World Champion received an emotional ...


View more: F1 adrenaline will be impossible to replace – Vettel

Is the French capital giving electric vehicles an unfair advantage?

The New 2023 Toyota Prius Is No Longer a Laughing Matter

Since it first arrived, the Toyota Prius has been the butt of many jokes. Despite being a hybrid car that showed the world what fuel efficiency could be, the Prius was forced to take some lumps. The new 2023 Toyota Prius is more than just an MPG champion; it’s a ...


View more: The New 2023 Toyota Prius Is No Longer a Laughing Matter

The future of solar EVs is called into question

Due to recent economic turbulence, the future of solar EVs is being called into question. This morning, Sono Motors reservation holders were hit with a shocking notification; the company is on the verge of abandoning its solar electric vehicle project due to a lack of funds. A few weeks ...


View more: The future of solar EVs is called into question

VIA warning over CCS bills

Importers need to keep track of penalties so they know what’s payable to the government from June 1.

The GMC Sierra vs the Chevy Silverado debate is a friendly rivalry perpetuated by fans of General Motors pickup trucks. But which brand made the first truck? The truth is that the Grawbowski Motor Vehicle Company was founded for the express purpose of building professional-grade trucks and delivery vehicles. When ...

Mercedes-AMG GT2 is the brand's most powerful customer race car

This C8 Z06 With High Flow Cats and Muffler Delete Might Be the Best Sounding Corvette Ever!

Plugging in my EV at home means no more tank anxiety

We just spied the 2024 Cadillac XT4 wearing a facelift

GM May Have Some Wild New Plans for Escalade, Report Says

Why Flyin' Miata Really Left the V-8 Behind

2023 Mazda CX-60 has premium aspirations, but how does it stack up on price, specs and performance against Lexus NX, Audi Q5, BMW X3 and others?

Toyota C-HR will reportedly retire in the U.S., and soon

Low Mileage 2013 911 Safari Is Ready For Your Next Adventure

Battery prices rise for the first time since 2010

6 Reasons the 2023 Volkswagen Taos Could Be Right for You

China's CATL to provide EV batteries for Honda starting in 2024