Volvo EX90 will be the XC90's all-electric replacement 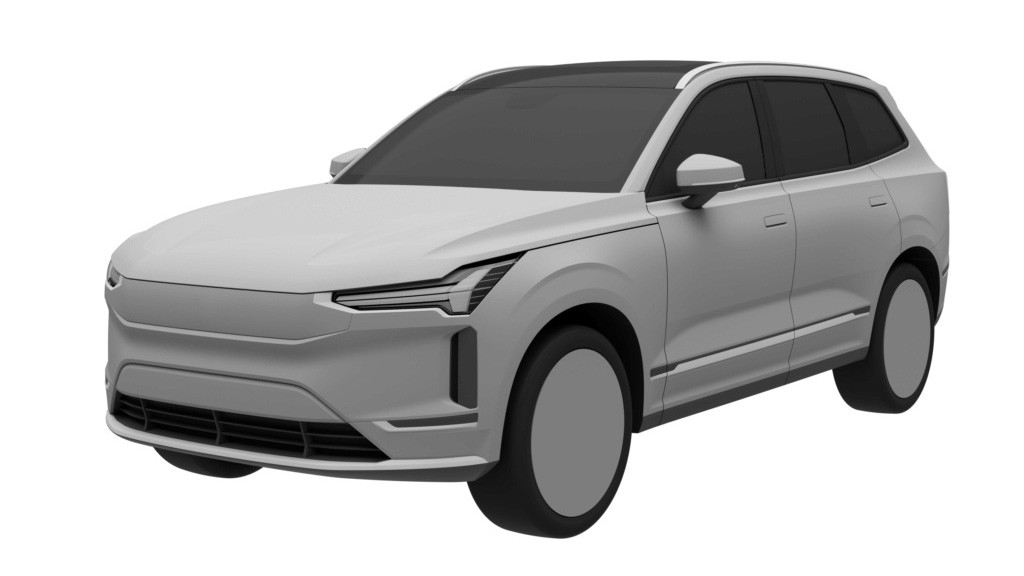 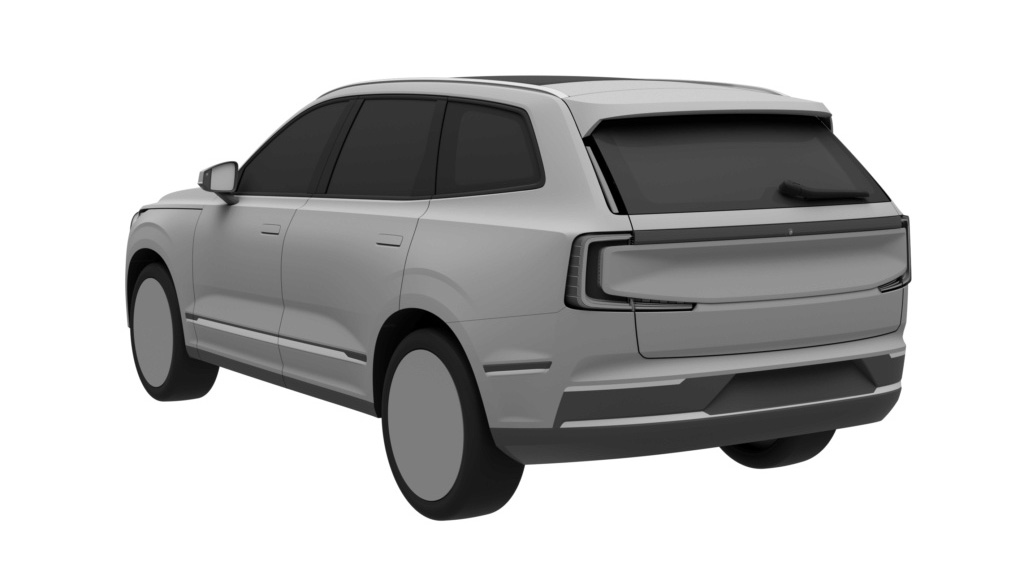 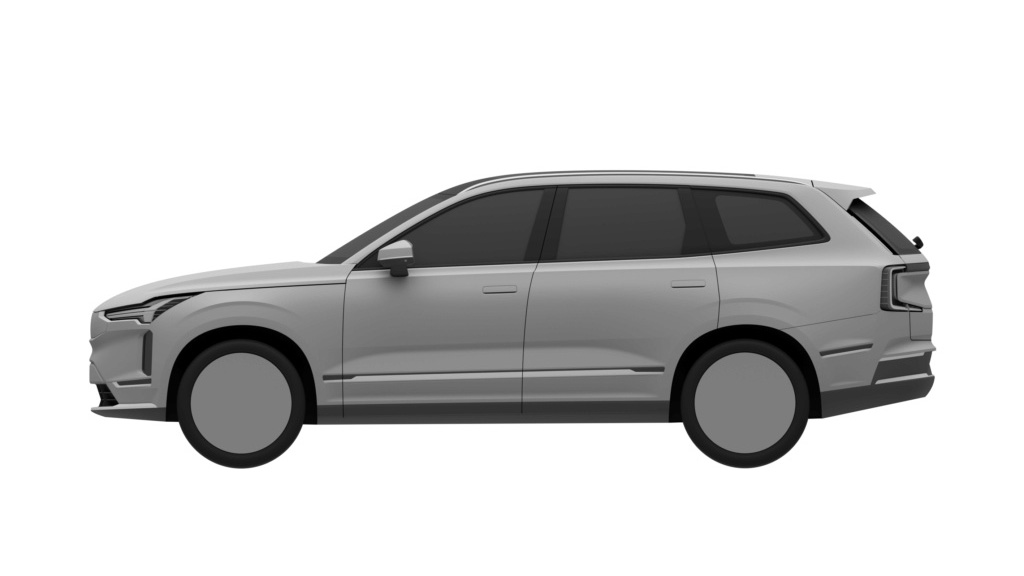 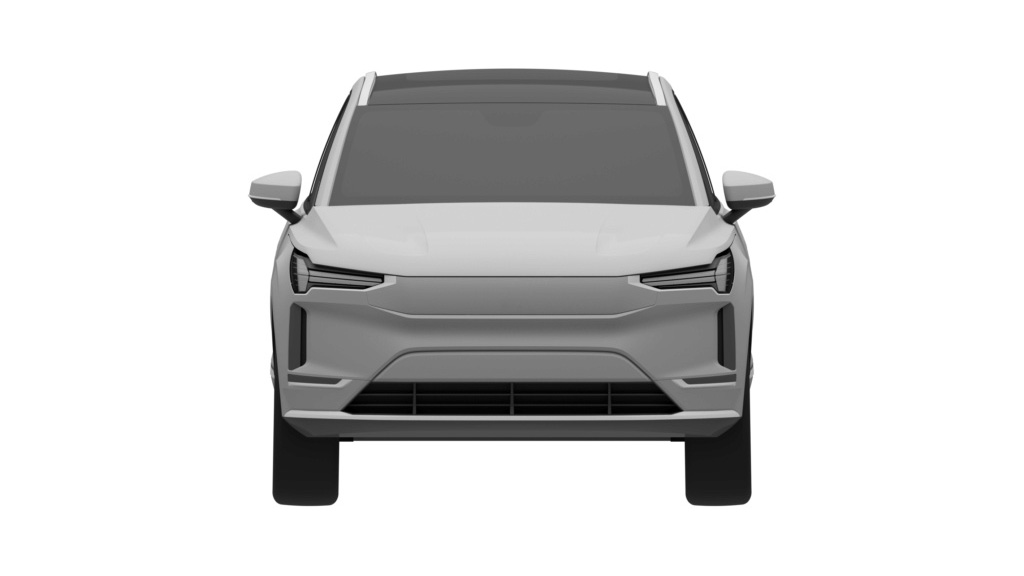 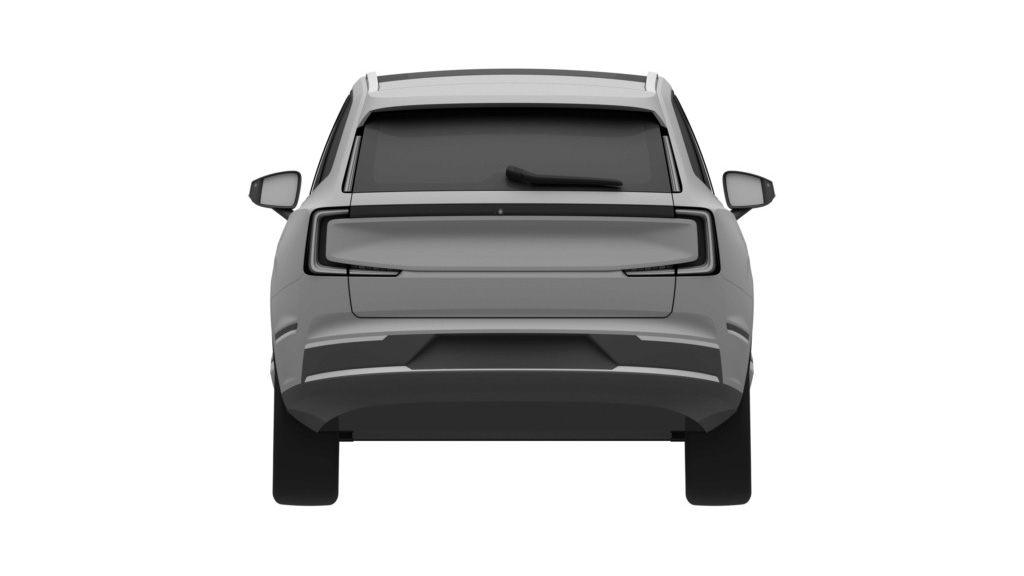 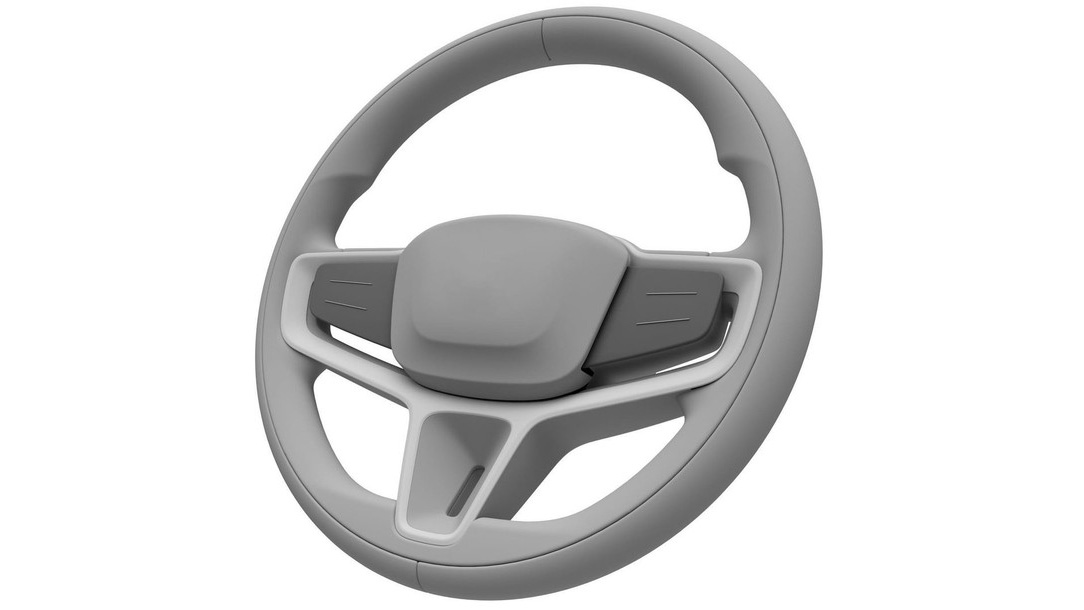 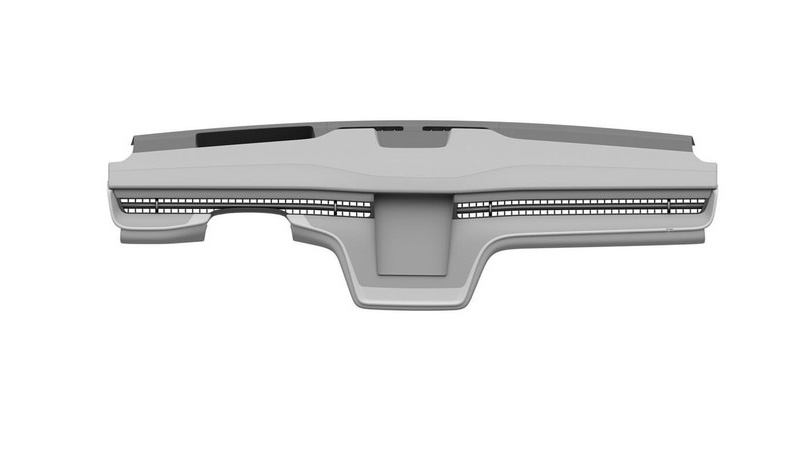 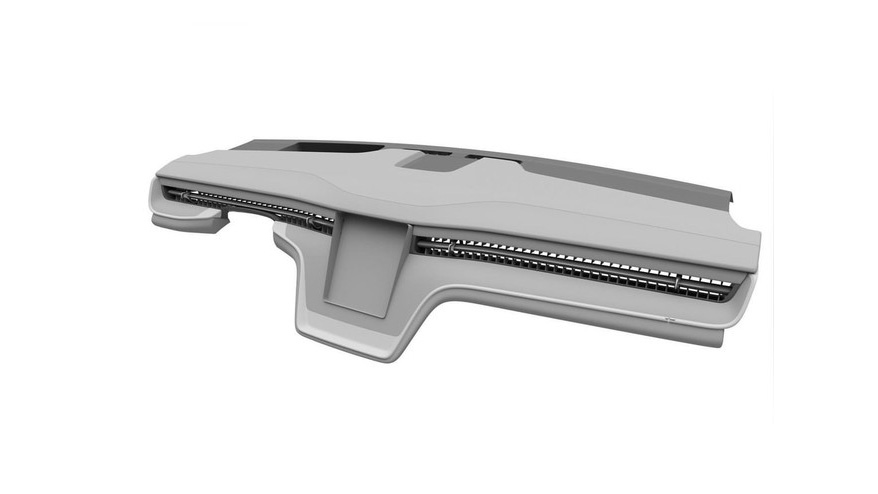 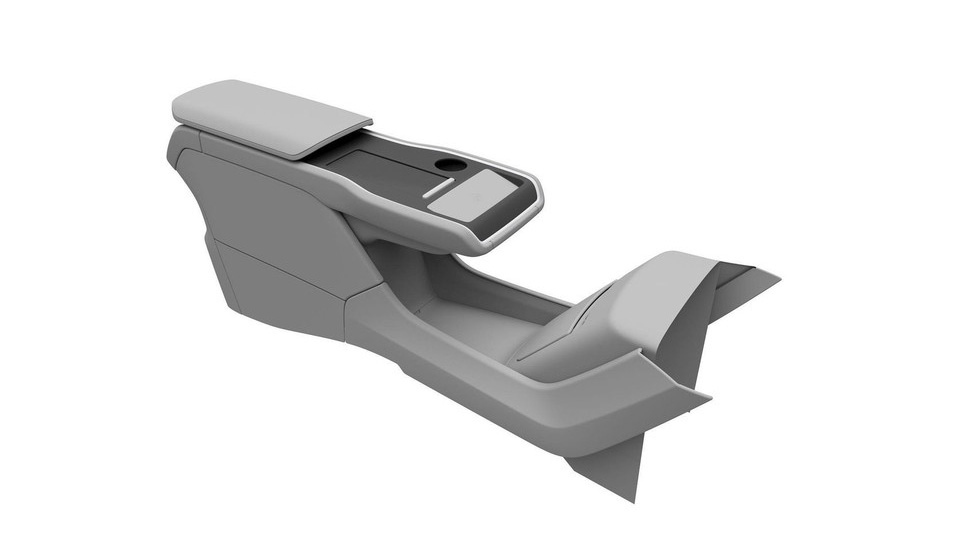 Volvo has announced what we’ve long suspected. The XC90’s replacement will be an all-electric crossover. Its name, as officially stated by Volvo, will be EX90, rather than the previously thought EXC90 or even more evocative Embla. The primary philosophy of the new flagship, the company says, will be that old Volvo calling card: safety.

The automaker promised in a statement that “standard safety in the EX90 will be beyond that of any Volvo before it.” They are also reiterating that they’re working to be a 100% crash-less and 100% carbon-neutral company.

Volvo says the EX90 will cruise down the road with an “invisible shield” of cameras, radar and lidar sensors. They will work in unison to create a “360-degree real-time view of the world,” a description that sounds like Tesla’s not-quite FSD visualizations that show 3D representations of lanes and traffic movements on the center screen.

Volvo says over time the software can reduce serious injury and fatal accidents by 20% and overall crash avoidance by 9%. The software is made to share data from the entire fleet similarly equipped Volvos, learning as it goes.

Inside, the car will monitor driver alertness with algorithms that track eye gaze and focus. Volvo claims the programming is “beyond what has been possible in a Volvo car to date.” If the system detects distraction it will respond with increasing levels of assertiveness, starting with “softly nudging”. However if the driver falls completely unconscious it’s designed to safely pull over and call for help, in what sounds similar to Mazda’s Co-Pilot feature or VW’s Emergency Assist 2.0.

Volvo has not revealed specs or the actual design of the EX90. We suspect it will be based on last year’s Volvo Concept Recharge, though it could also look like the unearthed patent images from last month. The Volvo EX90 will be revealed in full on November 9.

Renault: Onwards and upwards: Hail a taxi from your train seat

Arriva Group reaches agreement for Mutares to purchase its businesses in Denmark and Serbia, and its bus business in Poland

More Tesla Semis Out On Public Roads Prior To Upcoming Deliveries

2023 Ram 1500 ‘Built to Serve’ Emergency Medical Service (EM Ram’s latest iteration of its Built to Serve line of Ram 1500 pickups is out, and this time the truck maker honors emergency medical services personnel, the folks who bring lifesaving aid to your door. As we’ve emerged from ...

There’s something for everyone! Bill Miller, Jr. co-founded Carlisle Events in 1974. While his name has been attached to America’s Automotive Hometown of Carlisle, Pennsylvania for nearly 50 years, his passion for all things automotive goes back to his early years as an enthusiast. As one can imagine, someone as ...

The main objectives of the new government strategy are to stimulate demand for cars among Russian consumers and to achieve 80% localization of vehicle and vehicle components production.

We get the chance to spend a week with the Infiniti QX60, and it’s not your average three-row SUV. It’s a lot better than you think. Seriously, while it has a few flaws, we’re incredibly impressed so far. Check out what life with the 2022 Infiniti QX60 is like.  Is ...

Volvo EX90 occupant sensing system could save a trapped loved one

Volvo’s EX90 electric SUV set for debut on Nov. 9 will be the first vehicle on sale with a new monitoring system designed to detect the faintest movements, such as those of a sleeping toddler, across the entirety of the interior, including the trunk. The system relies on radar ...


View more: Volvo EX90 occupant sensing system could save a trapped loved one

Oscar Piastri has confirmed which race number he will run throughout his Formula 1 career, which will begin next year. Piastri has signed a multi-year deal with McLaren, and will join the team amid a messy divorce with Alpine. Since 2014, all drivers are required to choose a race ...

The Best Dash Cams You Can Buy

Tesla to keep output at upgraded Shanghai plant below maximum

Tesla aiming to raise Giga Shanghai production by over 30% in Q4: report

Here's What You Need to Know About Zelle Scams

Everything you need to know about the Nissan Almera

2022 Raptor Is Selling Thursday on Bring a Trailer

Are the Trade-Offs Between Gas and EVs Actually Worth It for Most Drivers?

Testing Harley’s LiveWire S2 Del Mar electric motorcycle: First you ride it, then you want to buy it

Steiner: Three US F1 races have come ‘at the right time’

Ford Celebrates 25 Years In The Philippines

Quantron looks to expand to India

How to do a handbrake turn

How much would you pay for this mint Ferrari 288 GTO Evoluzione?

What do you make of Citroen’s new logo?

Three-Quarters Of EV Shoppers Prefer To Buy At Dealerships: Survey

Is the Ford Ranger Stormtrak good for towing?

Video: How does the Toyota Corolla Cross Hybrid save you fuel?

Suzuki invests in SkyDrive, a developer of flying cars

This Austin Seven paved the way for Jaguar