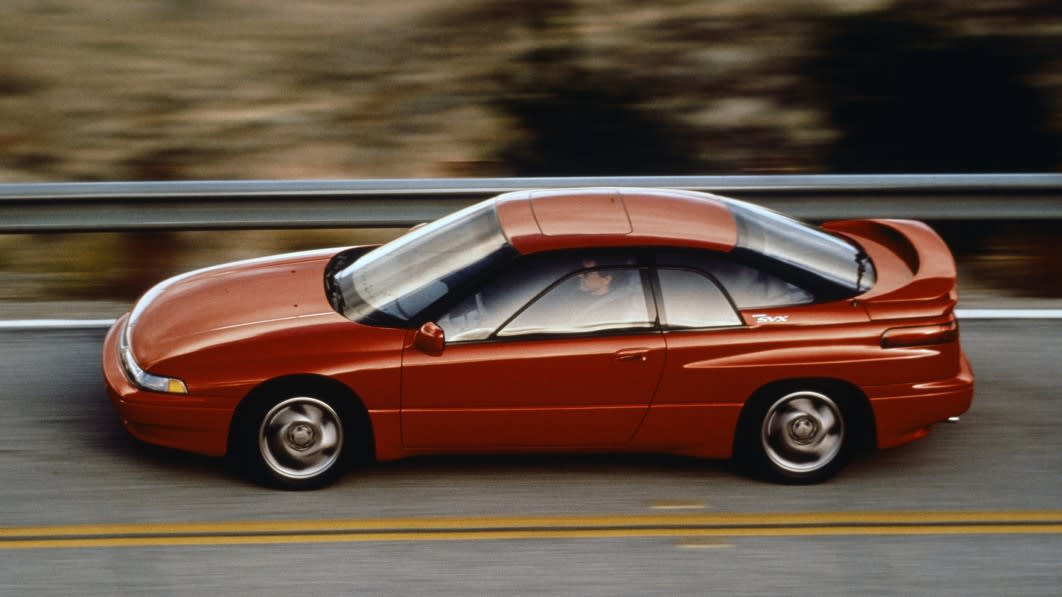 Close your eyes and imagine a beautiful, Italian-designed coupe and you probably won’t picture something with a Subaru badge. But back in the early 1990s, such a thing was indeed a reality. The Alcyone SVX – named after the brightest star in the Pleiades constellation, which is seen in the Subaru logo – was a sleek two-door penned by Giorgetto Giugiaro, the man responsible for cars like the BMW M1, DeLorean, Maserati Bora and Volkswagen Karmann Ghia TC. 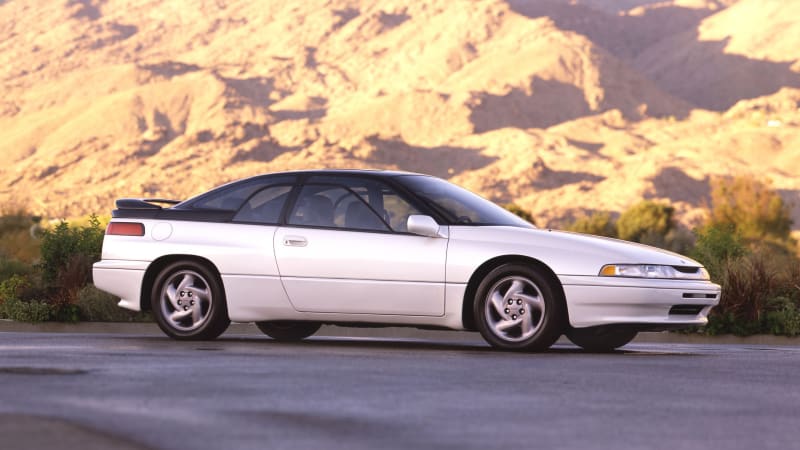 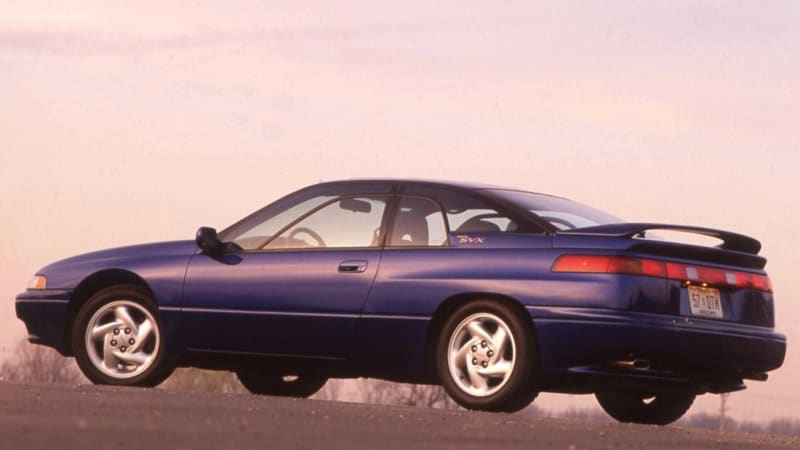 Why is the Subaru SVX a future classic?

In the U.S., the coupe’s name was shortened to SVX. It’s most notably remembered for its awesome window-within-a-window design, as well as its two-tone paint and slippery drag coefficient of just 0.29. Unfortunately, it’s also remembered for its exorbitant starting price of around $25,000, which was roughly $10,000 more than any other Subaru at the time. A fully loaded 1996 SVX LSi stickered for nearly $37,000, though it did come with amenities like leather trim, power seats and an electronic sunroof. Still, that’s the equivalent of about $70,000 in today’s money – more than twice the price of two brand-new BRZs.

The SVX was a relatively powerful coupe, with a 3.3-liter boxer six-cylinder engine producing 230 horsepower and 228 pound-feet of torque. Estimates at the time claimed the SVX could accelerate to 60 mph in around 7.5 seconds, with a top speed above 150 mph. Like most other Subarus, the SVX came standard with all-wheel drive, but it was exclusively saddled with a sluggish four-speed automatic transmission. In later model years, Subaru offered a front-wheel-drive SVX in an effort to lower the starting price, but by then, the coupe’s flame was dying out.

What is the ideal example of the Subaru SVX?

The big differences between the SVX models really come down to color and trim. Our favorites are the Dark Teal and Polo Green colors offered across various years, and we like the look of the coupes fitted with the optional rear spoiler. Definitely go for an all-wheel-drive example, too. No matter which spec you find, the SVX is a great-looking car – one of the most beautiful Subarus ever, though that’s not necessarily a high bar. 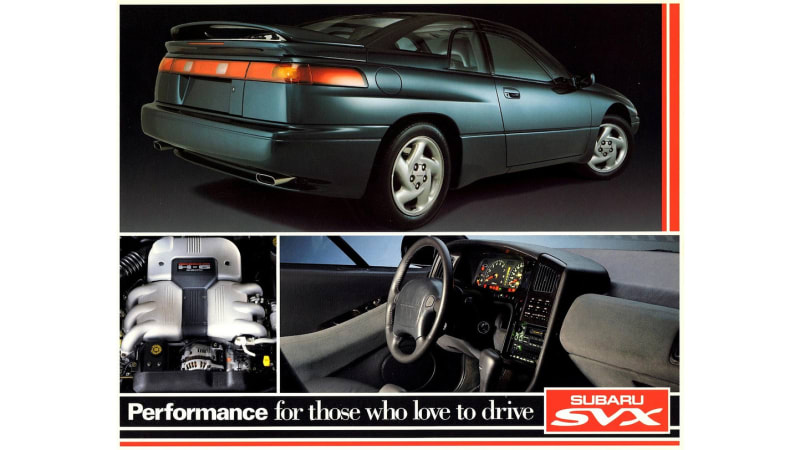 Autoblog’s used vehicle listings can be helpful to find a good deal near you. Narrow the offerings down by a radius around your ZIP code, and pay attention to the deal rating on each listing to see how a vehicle compares with others in a similar area.

Are there any good alternatives to the Subaru SVX?

The SVX was more about luxury and style than outright performance, and because of that, it wasn’t nearly as exciting to drive as other Japanese sport coupes of the era. Cars like the Acura NSX, Nissan 300ZX, Mazda RX-7 and Mitsubishi 3000GT come to mind, as well as the latter’s American counterpart, the Dodge Stealth R/T. The original Lexus SC is even a solid competitor for higher-end SVX models.

Still, while all these coupes hold legendary ‘90s status, the Subaru holds its own special place in history. It was weird and wild and something you’d never expect from a brand like Subaru. Ill-fated as it was, it’s a Japanese classic worth remembering.