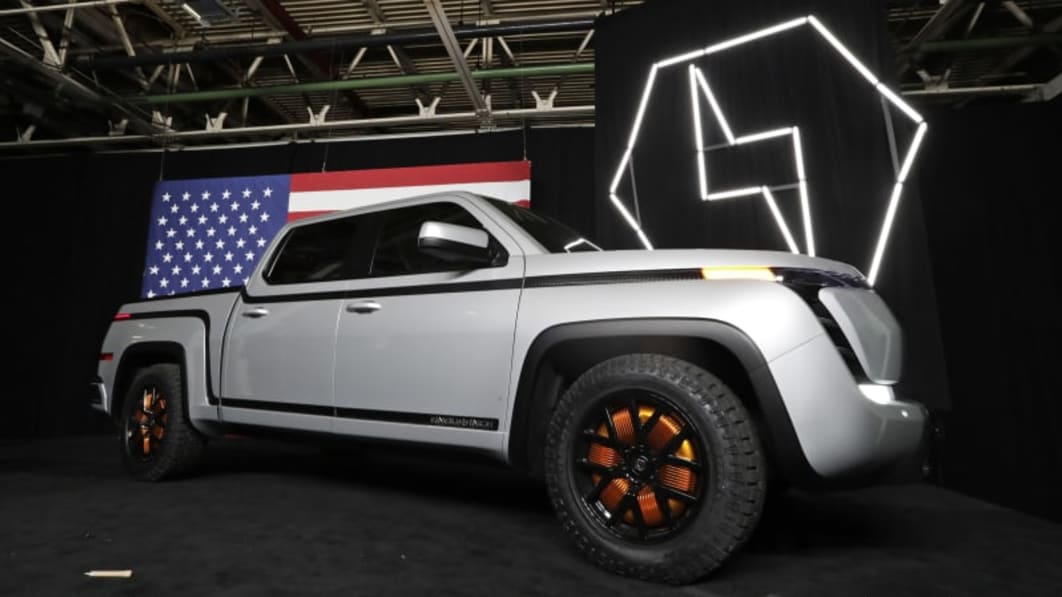 The struggling company says it has built two production pickups, with a third to be finished shortly. It plans to ramp up depending on quality and parts availability, it said in a statement Thursday. Lordstown expects to deliver 50 trucks to customers this year, and up to 450 more in the first half of 2023, as long as it can raise enough capital.

The trucks are being built in an old General Motors small-car assembly plant in Lordstown, Ohio, near Cleveland that was purchased last year by Taiwan’s Foxconn Technology Group, the world’s largest electronics maker. Lordstown says it will look to Foxconn and other partnerships as sources of new capital.

“We expect to increase the speed of production into November and December,” CEO Edward Hightower said in the statement. Earlier this year, Lordstown said it expected to produce 3,000 of its flagship Endurance electric trucks before the end of 2023.

The company has struggled to raise money and get trucks out the factory door to customers. In its quarterly filings with the U.S. Securities and Exchange Commission, its auditors raise doubts that the automaker will be in business in the coming year.

Lordstown Motors said it expects to end the third quarter with about $195 million in cash and equivalents, including $27.1 million from equity sales during the quarter. The company says its cash outlook is $75 million better than its previous outlook as it explores options to raise more money.

3 Pickup Trucks to Tow Your Way Through 2023 With Ease

Chris Birch Shows You How To Explore Idaho

Which Electric Truck Would You Buy? It Depends on How Old You Are.

Why Power’s IndyCar crew was so desperate for another title

Avon Tires To Close Its Last UK Factory in Melksham

Who doesn’t love a mid-engined V8 sports car with supercar style? It’s easy to be wowed by the Chevrolet Corvette C8 and quite right too: it looks incredible and goes fast. It’s a real poster car. But it’s also a worthy and significant winner for a whole bunch of reasons. ...

6 Reasons the 2023 Honda CR-V Is a Good SUV to Buy According to Cars.com

SUVs are all the rage these days. And for good reason—they offer the perfect blend of style, comfort, and utility. If you’re in the market for a new SUV, you’ll want to check out the 2023 Honda CR-V. For starters, the CR-V is known for its reliability. This is a ...


View more: 6 Reasons the 2023 Honda CR-V Is a Good SUV to Buy According to Cars.com

Toyota’s new 2023 Sequoia Hybrid is gaining fans for its comfort, off-road prowess, and its good looks. But it’s also making its mark with great mpg compared to the 2022 version. The new 2023 Sequoia ditches its V8 and instead gets a new hybridized V6 that shows the power of ...

US: Kia EV6 Sales Dropped To New Low In November

Are sales going to rebound?

Tesla CEO Elon Musk recently responded to a post from US President Joe Biden, which referenced the electrification of the “Great American Road Trip.” According to Musk, there’s already a pretty good way to accomplish long road trips in the United States — at least if one uses a ...

Ford is one of the most popular and well-known automakers in the world, but Ford isn’t well-known for being reliable. But while there have been a lot of unreliable Ford models, the American automaker has also made some cars that were more reliable than the rest. Here’s a look at ...


View more: The 3 Most Reliable Ford Models According to Consumer Reports Owner Surveys

Jeep’s Wagoneer and Grand Wagoneer are full-size truck-based SUVs. This means that, like the Chevrolet Suburban and Lincoln Navigator, they share a chassis and powertrain with a half-ton pickup truck. But dismissing the Wagoneer as a re-bodied Ram does it a disservice: Jeep engineered an arsenal of new technologies for ...

Why Ferrari’s ‘SUV’ is really a sports car

Universo Ferrari in Sydney served as the location for the Purosangue’s local reveal Don’t call it an ‘SUV’. That’s the clear message from Ferrari when it comes to its all-new Purosangue model, which the company insists is a ‘high-riding sports car’ rather than a crossover. While it will be ...


View more: Why Ferrari’s ‘SUV’ is really a sports car

Roar Before The Rolex 24 Schedule To Feature Traditional Format

The IMF Now Has A Championship Dedicated For Female Riders

Buy a McLaren M8, Live Out Your Can-Am Dreams

Tesla Semi wows the crowd at the Modesto Christmas parade

AA DRIVEN COTY 2022: BMW iX is the best Luxury car of the year

2022 Hyundai Ioniq 5 Review: This is the Electric SUV to Beat

Alex Albon is Where He Belongs

Elana Scherr: Give the Hot-Rodders a Place to Play

Which Non-Hybrid 2023 Toyota SUV Gets the Best Gas Mileage?

Tesla Launches 1,000-Volt Powertrain: Semi Is First But Not The Last

These cities tweet about road rage more than anywhere else

This Fiat 500 opened wide for a Hayabusa engine transplant

Feeney cool despite pressure from Mostert in Adelaide

Forget the Tesla Cybertruck, Bring Back the Cadillac Escalade EXT

What Is a Multi-Point Car Inspection, and Why Is It Important?

Roderick On Top In Snowflake 100

Hill on Schumacher’s F1 exit: ‘Pressure got to him in the end’

Engine decarbonization during regular service of my bike: Scam?

Ford Super Duty Raptor Isn't Ruled Out, But Only If Customers Want One

Nissan is working on an electrified GT-R successor